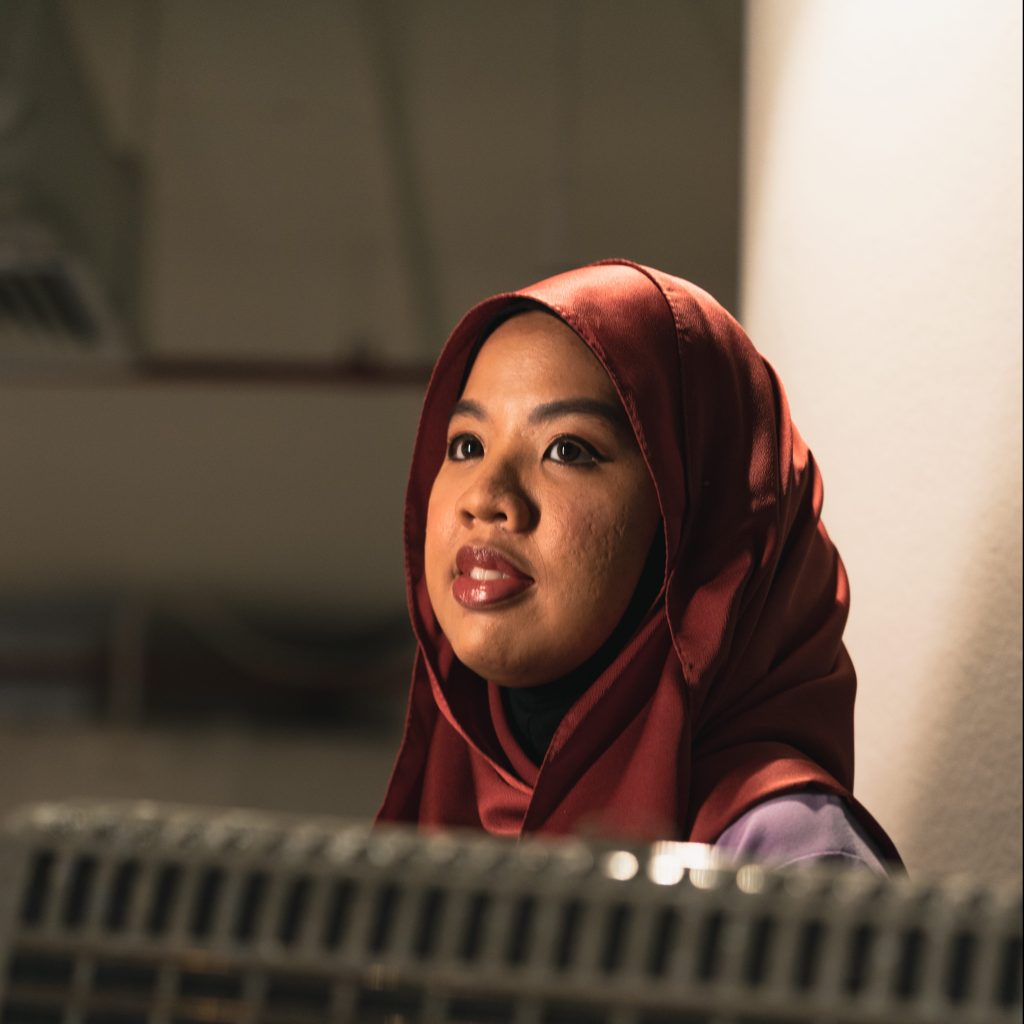 Syafiqah ‘Adha Sallehin achieved her Bachelor of Music with Honours and her Master of Music degrees, both in music composition, from the Yong Siew Toh Conservatory of Music in 2013 and 2016 respectively. She is currently appointed as an Artist Fellow in her alma mater. A recipient of the Goh Chok Tong Youth Promise Award by MENDAKI in 2010, she is recognized for her achievements and aptitude in the field of music.

As a composer, Syafiqah’s works have been performed both locally and internationally. Her music embodies a unique voice that stems from her footing as a classical-trained musician and a traditional arts practitioner. Her works often incorporate elements of her national identity, cultural heritage and themes of myths and fantasy. Her recent works include a commissioned orchestral composition performed by the Singapore Symphony Orchestra in 2021 for its National Day concert.

Syafiqah is a passionate advocate of traditional Malay music and is a self-taught accordionist in this genre. She is the music director of Gendang Akustika, a Malay traditional-contemporary music ensemble in Singapore. Her interest in traditional cultural arts also extends beyond that of her own. In 2018, Syafiqah was a co-founder and composer for “Open Score Project” (OSP), a collective of musicians from various musical backgrounds and cultures in Singapore. She continues to work collaboratively with ethnic musicians on a quest of exploring common grounds for process and birthing new creations.

Syafiqah’s disposition as a composer-performer also propels her into collaborative works with artists from various creative fields. She has been involved in several multi-/interdisciplinary projects such as “Ikan Girl” with Bhumi Collective in 2016, “Back of the Bus” by New Zealand-based Java Dance Theatre in 2020, and recently “Lost and Found: Serangoon” in 2021.