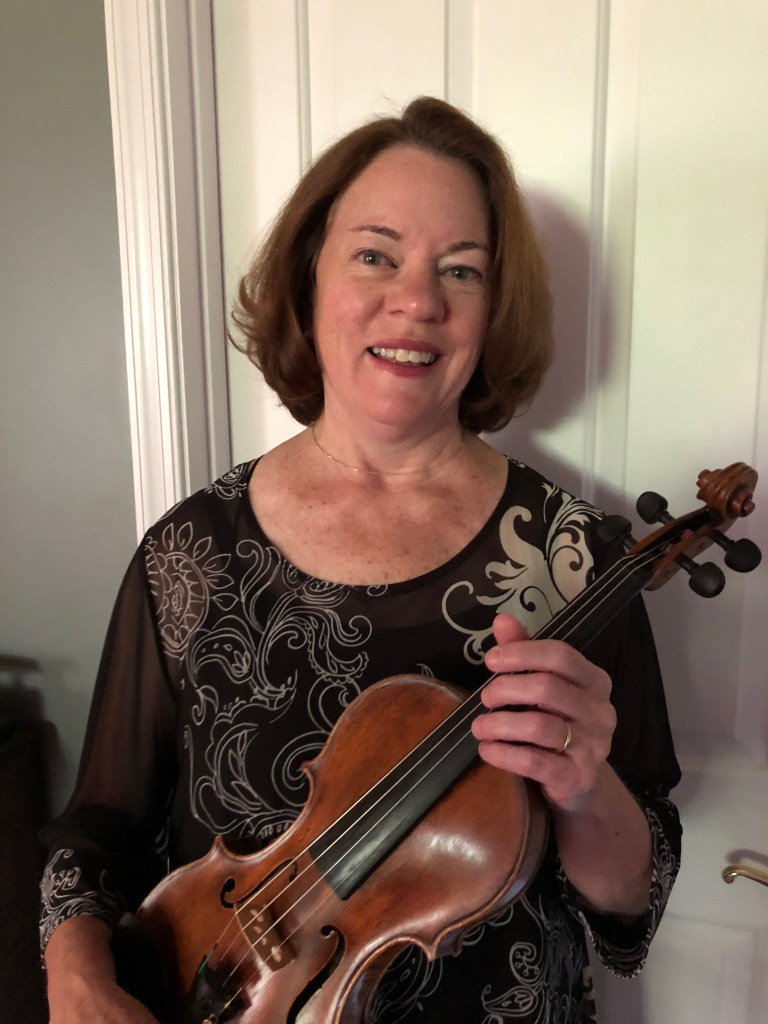 Linda Fiore began violin lessons at age 5 with her mother Louise Wear, a Suzuki violin teacher. She earned a Bachelor of Music in violin performance at the Hartt College of Music in Hartford, CT and studied with violinist Raphael Bronstein in New York City. later, she studied with Dr. Suzuki at the Talent Education Institute in Matsumoto, Japan for 18 months. She performed her graduation recital and earned her Japanese teaching certificate.

Upon returning to the United States, she became the first teacher to teach Suzuki Violin Method for brain-injured and well children at the Institute for the Achievement of Human Potential in Philadelphia.

In 1983, she and her husband Domenick founded DaCore Talent Education in Glenmore, PA where, for 14 years, she taught violin and directed her own workshops. She has presented student performing groups in Bermuda, Puerto Rico, Europe, and throughout the United States. In 1997 she accepted a teaching position at the Hartt School of Music at the University of Hartford. She was a Suzuki Teacher trainer in the graduate degree program there and also taught college students as well as young students in the school’s Community Division.

Having returned to PA, Linda and Domenick are currently continuing the development of DaCore Talent Education Academy and Fiore Performing strings in the Lehigh Valley area. They continue to co-direct the Ogontz Suzuki Institute, a four-session Summer Institute in the White Mountains of New Hampshire.

Linda has done extensive orchestra, chamber orchestra, and chamber music performing over the course of her career with groups such as the Lehigh Valley Chamber Orchestra and the Northeastern PA Philharmonic and the Pennsylvania Sinfonia. She traines teachers and students nationally and internationally and is the mother of two sons, Michael and Christopher.