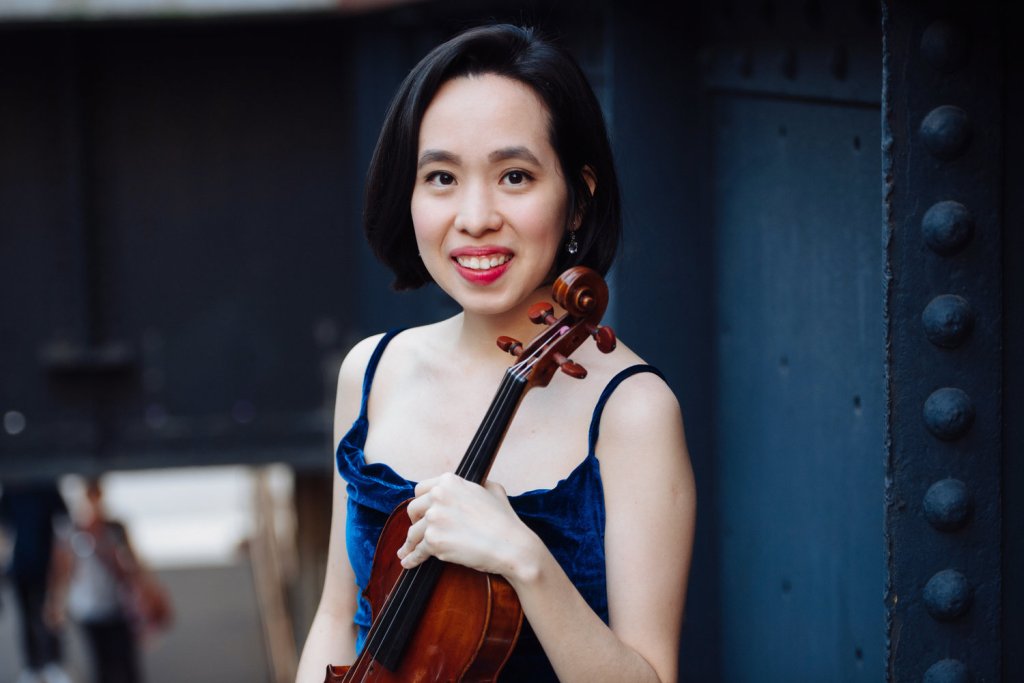 A highly sought-after violinist and educator in Singapore, Christina Zhou is the Founder of 12Petals; a global and multi-disciplinary mentorship program. She has been praised for exhibiting a “full rein of her virtuoso abilities” in concert and for presenting performances that are “a testament to true musicianship and fortitude” (The Straits Times).

At the age of 20, Christina earned a Bachelor’s Degree with Distinction Honors, where she studied under the late Zvi Zeitlin at the Eastman School of Music in the U.S. She then went on to complete her Graduate Diploma under Zuo Jun at the Yong Siew Toh Conservatory in Singapore. Her previous teachers include Philip Tng, Sui Yue Long and Zhang Zhen Shan. Christina has won the First Prize of the Concerto Competition at Eastman and Third Prize in the Junior Category of the National Violin Competition in Singapore.

Christina has performed extensively in chamber groups and orchestras, working closely with world renowned conductors and musicians both in the States and Singapore. In past summers, she has attended Bowdoin International Music Festival, Creative Strings Workshop and awarded full scholarships for Music Academy of the West and the Texas Music Festival.

She was a founding member of the Sophron Quartet (2013-2015). She was also the violinist (2012- 2018) and the Assistant Music Director (2014-1018) of the fusion band, TO ensemble. The ensemble has performed original music extensively in Singapore and festivals abroad, as well as recorded in commercials by Toyota among others. Christina was the violinist of the contemporary SETTS Ensemble. She has recorded with the contemporary OSSIA ensemble under New World Records at Eastman.

In Singapore, Christina freelances in the Metropolitan Festival Orchestra, re:Sound Collective among others. She has also performed and recorded with leading jazz, musical theatre musicians and artists. She has been featured as a soloist with the ADDO Chamber Orchestra, as well as toured with the PSPA International Ensemble in Malaysia.

Christina coaches students in chamber and orchestral works, as well as giving educational workshops from pre-school to pre-college level. She was also invited to speak at the Career Forum at NAFA, as well as the Southeast Asia Music Academy Online Music Teachers’ Conference to share her experience and expertise with over 100 teachers in the region.

A passionate educator, Christina is currently the Principal and Director of Coronation Music School. Her teaching philosophy is based upon developing a growth mindset and is guided by the Socratic method and questioning, as well as first- principles thinking.

“My goal as a teacher/mentor is to ensure that my students not only enjoy their music learning process, but to be aware and able to apply the skills, mental process of learning music to other aspects of their lives as well. Learning and appreciating music has the power to shape one’s cognitive abilities and character that will benefit anyone at any stage in life – be it a child simply having fun learning and discovering music or a working adult seeking a new hobby or new inspiration. ”

Christina plays a 1998 violin, “Opera” made by the Russian violin maker Nikolai Stasov.
Christina is also a member and alumni of the altMBA, Seth Godin’s flagship leadership program for selected global leaders and change makers.

Christina’s personal lifelong mission is to bring people one step closer to curiosity, truth, self and one another. To empower and uplift others through music, education, and personal stories. This drives her work and life in all aspects, leading to the founding of 12Petals.